Factors that Can Make a Person Ineligible for a Visa

May 24 Posted by Super User in Immigration 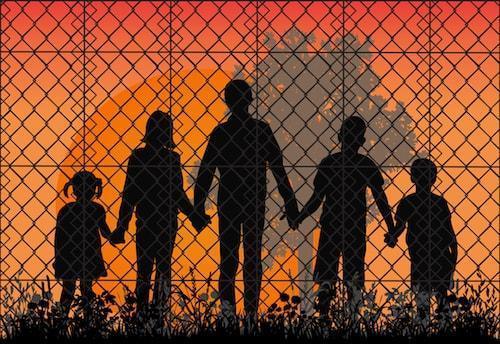 If you are a United States citizen or lawful permanent resident (LPR), there are ways that you can bring your spouse, fiancé, or other family members into the U.S. to live with you if they are a citizen of another country. Unfortunately, not all who apply for visas receive them. While there is not a limit on the number of visas issued to spouses of U.S. citizens, only a certain number of other types of visas are issued each year to allow people to enter, live, and work in the United States. In addition to restrictions on the number of visas issued, certain situations can disqualify your family member from obtaining a visa.

The United States has specific requirements for people wishing to enter the country. Health-related issues usually revolve around sustaining the health of the public. Those applying for visas must have been vaccinated against:

The U.S. also does not allow those who have a mental disorder and associated behavior that poses a threat to the property, safety, or welfare of the person or others, or those who are determined to be drug abusers or addicts.

Convictions of certain crimes can prevent a person from gaining a visa. Crimes involving moral turpitude, which is conduct that goes against public values and is thought of as being inherently vile or depraved, or an attempt or conspiracy to commit the crime, disqualifies those seeking to get a visa. These crimes include:

In general, individuals who seek to enter the U.S. to engage in espionage or sabotage of American goods, technology, or sensitive information are not allowed to enter the country. If there is reasonable ground to believe that a person has engaged in or is likely to engage in a terrorist activity, they will be denied a visa. In addition, a person who is a representative of a terrorist organization or a political, social, or other group that endorses terrorist activity is not allowed into the country. Terrorist activities are activities that are unlawful in the place they were committed and involve:

If you have a spouse who was deemed inadmissible to the United States, you know the emotional distress that this denial can cause. An experienced Carol Stream immigration attorney can help you fight for your right to help your spouse immigrate to the United States. The lawyers at Khan Nayyar & Associates, LLC understand the complexities of the visa application process and can help you through every step of the way. To arrange a consultation, call 630-529-9377.