How the False Claims Act Provides Protections to Employees 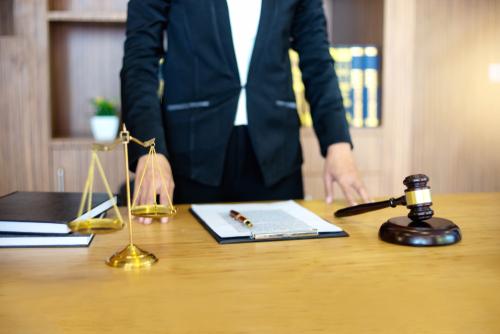 During the Civil War, Congress became concerned that certain suppliers of goods were not being entirely truthful with the products that they were supplying. Because of this, the False Claims Act (FCA) was created in 1863 with the purpose of prohibiting any person, entity, or company from defrauding the federal government. Since its beginnings, the False Claims Act has been amended dozens of times. Currently, the FCA also gives employees of companies and other private parties the opportunity to file what is known as a qui tam action against a party who they think has defrauded the government.

The FCA specifically states certain actions that are forbidden. These actions can include any time a person or party knowingly presents a fraudulent claim to the federal government, makes or uses a fraudulent statement in order to gain money or avoid paying money owed to the government, or conspires to defraud the government by getting a claim paid. An important element to establish under the FCA is whether or not the offender had knowledge that he or she was acting in a false way. The person or entity must have submitted a false claim or statement to the government with the knowledge that information in the claim or statement was indeed false.

This portion of the FCA is rather important -- it allows those who are not affiliated with the federal government to file a lawsuit on the government’s behalf. The qui tam provision provides an incentive for individuals to come forward with information they may have about alleged falsifications. If a qui tam case results in an action or settlement, the person who brought the case -- also known as a relator -- is entitled to receive a portion of the award.

If an employee begins a qui tam case as a whistleblower, and the employer retaliates against the employee, the employer could face consequences. Acts of retaliation could include firing, demoting, suspending, threatening, or harassing the employee. The FCA could require the employer to reinstate the employee’s seniority with two times the amount of any back pay, interest on that back pay, and compensation for the costs of litigation, including attorneys’ fees.

The FCA provides protections to those who choose to pursue a qui tam suit. In many cases, qui tam suits are pursued by employees of a company or entity that allegedly took actions to defraud the government. Though it is illegal, people can face whistleblower retaliation from an employer after revealing the wrongdoings of the company. If you have been wrongfully terminated or faced any other form of retaliation from your employer after taking protected actions, contact a Joliet employment law attorney today. At Khan Nayyar & Associates, LLC, we can provide you with the legal representation you deserve.